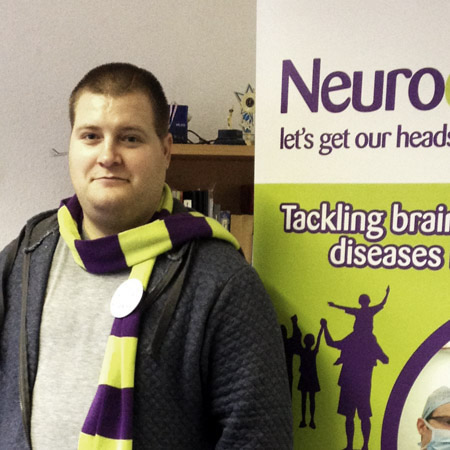 At the age of 21 Dean was attacked with a scaffolding pole causing severe head injury. One evening in 2009, Dean was enjoying a night in his Rotherham home with his friends when he was unexpectedly approached by three young men who attacked him.

A blow to the head with the pole caused a major brain bleed which very quickly placed a lot of pressure on the brain causing seizures and eventually resulting in a month-long coma.

Dean was transferred to the Royal Hallamshire Hospital and underwent major brain surgery to relieve the pressure; this included removing a part of the skull and replacing it with a metal plate. Dean spent several months recovering in the hospital.

Dean’s recovery continued in neuro rehabilitation for 3-4 months. Doctors advised Dean’s family that he would never walk or talk again and that he would be left severely disabled. Dean’s relentless determination has defied all expectations and he has made a much better recovery than expected. Dean can walk and talk and is becoming more and more independent, but he does need regular care and support.

Unfortunately, Dean’s injury has gone on to affect his lungs and he is now on oxygen 15 hours a day and will soon need a lung transplant. This hasn’t affected Dean’s high spirits and determination though; “I’ve been offered a motorised scooter but I refused because I’m determined to walk myself and be independent.”

Dean is now studying music production and maths at college, has become a skilled cook and is enjoying some independence. In a recent visit to the hospital his doctors told him that he is a miracle.

“You just have to focus on your goals and stay positive. Getting the right support has helped me achieve what I really want to do.”