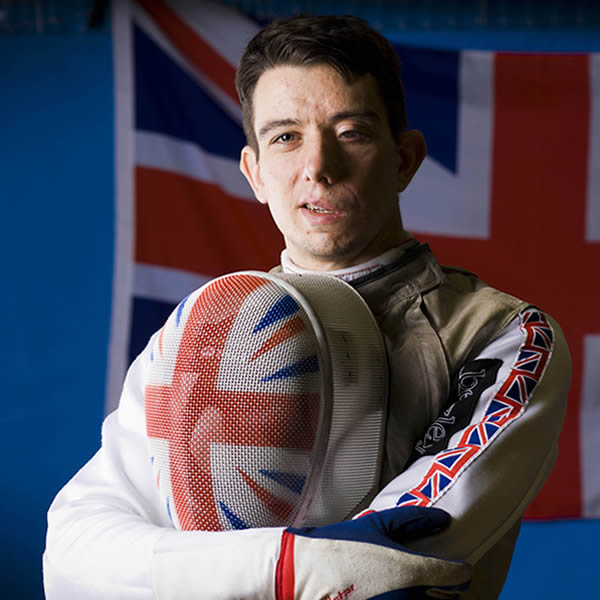 Wheelchair Fencing competitor Craig McCann has pledged his support for Neurocare and become an Ambassador for us.

Craig, 28 from Doncaster has just competed in his first Paralympics at the London 2012 Paralympic Games.

Aged just 19, Craig, who wanted to serve his country in the RAF, failed a medical examination and was diagnosed with a brain tumour. He received his care and treatment at Sheffield’s Royal Hallamshire Hospital and after an 18-hour operation Craig’s brain tumour was successfully removed but left him with severe nerve damage to his left hand side, affecting his hearing, sight and balance.

Craig spent months on an extensive rehabilitation programme and 6 years later, following a number of years spent at University, attended a Paralympic Potential event. Craig was actually trying out for the Rowing squad but was talent spotted by ex-head GB coach John Townsend and offered the opportunity to take up Wheelchair Fencing. A year later he joined the British team and represented Great Britain at his first International World Cup event.

Craig contacted Neurocare last year and expressed an interest in raising money for the charity by completing the 3 Peaks Challenge. This was put on hold when he was called up for the Paralympic Games at London 2012.

We were delighted when Craig accepted our invitation to become an Ambassador for Neurocare. His story of determination, courage and motivation is nothing short of inspiring and we’ve been cheering him all the way as he represented Great Britain in the Paralympic Games.

“After having life saving Neuro surgery at the Hallamshire Hospital in 2004 I am completely thrilled to now be an Ambassador for a charity that is so close to my heart. I have experienced first hand the benefits of the work done by the Neurocare team and look forward to helping boost the profile of Neurocare whilst striving to raise as much money as possible over the coming years.”
Craig McCann