Tough Mudder Conquered in Memory of Loved One

Previous Next
Tough Mudder Conquered in Memory of Loved One

Wendy was running because tragically her brother Ricky Hepworth passed away early this year. 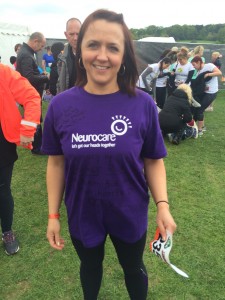 Ricky was only 27 year old and was seemingly very fit and healthy when he suffered a subarachnoid brain haemorrhage.

“My brother was suffering from severe headaches to the point where all he could do was sit. The Doctors said he had flu/virus and high blood pressure which should not be so in a fit and healthy 27 year old. The Monday he went to the Doctors and they said they’d monitor him for 2 weeks. By Friday he was worse and was going to go to the hospital but he ran out of time, fitted and that’s when he lost his life.”

Although this was a very hard time for Wendy and her family she took it upon herself to make her brother proud, being strong and tackling such a difficult challenge.

Wendy said this about her challenge, “It was physically tough and mentally draining especially with all the emotion of losing my brother and wanting to do it for him… but I did it!! I was so proud I conquered Everest, beat the Block Nest Monster and dragged myself through the Muddy Mile!! I completed 13 out of the 14 obstacles over the 5 miles but felt so proud afterwards!! I’m still overwhelmed by it all and all the support I’ve received from family and friends!!”

So far Wendy along with the support of her family and friends has raised a fantastic £625.

Wendy says “Nothing could have stopped what happened to my brother Ricky without knowing more about the first signs so hopefully every little helps!”

Your fundraising really will help Wendy and we are in awe of your strength. Thank you so much. 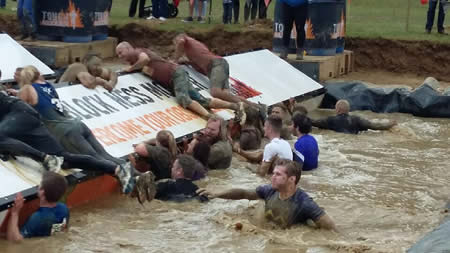 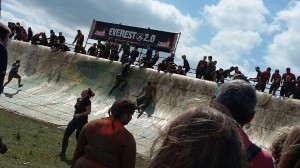