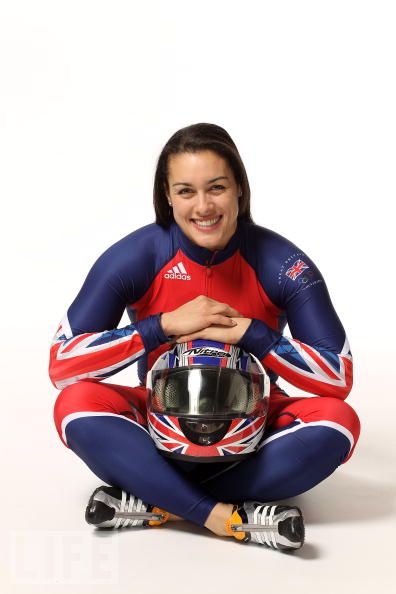 Retired Olympic Bobsledder Nicola Minichiello has become Neurocare’s newest ambassador in a bid to raise funds and awareness of head injuries in sport.

Nicola will be attending and speaking at the charity’s Head Start race this year as it marks its 10th Anniversary on Sunday 19 May.

Nicola said: “I’m backing Neurocare to help local patients being treated for neurological conditions as some of them could be a result of a head injury from sport. The incidences of head injuries both short and long term in sport are becoming more and more common. Both during my time as an athlete and now as a coach, I see that everyone taking part in sporting activities is only one unlucky moment away from being in a serious situation regarding their brains.

“But when you’re competing at the top of your game it isn’t something that you always take into consideration.. Regardless of whether it’s bobsleigh, cycling, boxing, football or a totally different sport, taking the correct precautions means you have less chance of a head injury. Hopefully through my association with Neurocare I will be able to raise the profile of some of these issues.

“Fortunately I’ve never had a head injury, however I know many friends and competitors who have had serious problems, causing them to miss major competitions or even forcing them to retire.

“Many of the problems we see are caused by repeated head trauma over a 6-12 month period which has not been addressed at the time and has led to longer term problems. With proper precautions and recovery these could have easily been prevented.

“I want to encourage everyone I know to take part in Head Start to raise awareness of Neurocare and hopefully to help raise a lot of money. Especially now I’m a parent and a Youth Olympic Coach, I want to do everything I can to raise awareness and prevent other people in the future having issues.”

Head Start includes a 5k and 10k running route and takes places at Rother Valley on 19 May. To take part and raise vital funds to support patients with neurological conditions please visit //www.neurocare.org.uk/event/head-start-5k-10k/